Did you see the title and roll your eyes? I know. I’ve been there. There’s only so much you can do to protect your family from the toxins of the world and just when you think you’ve got a lot of it covered, you learn about something else to avoid or change. Here’s the thing, when you know better you do better and a non-toxic shower curtain is an easy fix that you can control, unlike so many of the toxins in our environment that you can’t. 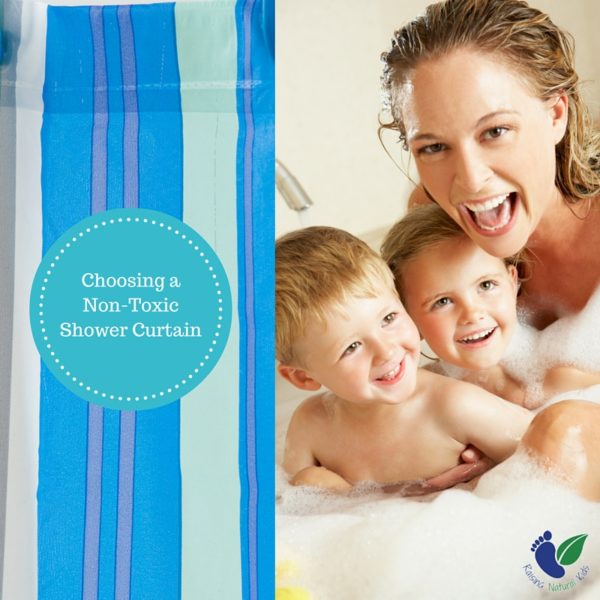 So let’s start with what makes many shower curtains, especially the liners, toxic. Many curtains and liners are made out of PVC. You may recognize this from the fresh smell that comes from the curtain when first unpacking it – it’s deceiving really, something that can smell like fresh water (at least that’s what it smells like to me at times) can really be so toxic. Really though, you can’t bottle fresh! Not all PVC smells like this, however. No matter the smell (just trying to give you a point of reference), PVC, especially in the form of a shower curtain, is bad. Here’s why: “Vinyl chloride, the chemical used to make PVC, is a known human carcinogen, according to the World Health Organization’s International Agency for Research on Cancer (IARC)”(Healthy Child Healthy World). It also causes reproductive damage, it irritates the nasal passages and the lungs, and it can cause headaches, among other things. One fact about vinyl chloride I find extra scary is this: An excess of spontaneous abortions has been reported among spouses of workers who had been exposed to vinyl chloride (Hazardous Substance fact Sheet). Yes, I realize this wasn’t from exposure in the shower, but the fact is that if it can do this much damage secondhand, it’s not safe to have around in an area where it’s used daily, especially in a shower, because the chemicals used to make PVC are released under warm and moist conditions, thus making a shower a dangerous place for these already hazardous compounds. What makes them leach is that the additives to PVC do not form a chemical bond with the plastic but exist within the PVC as a mixture. As a result plasticisers and other additives can migrate from the PVC polymer into the environment (Greeenpeace).

Dioxins – Dioxins are highly toxic and can cause reproductive and developmental problems, damage the immune system, interfere with hormones and also cause cancer (World Health Organization).

Lead – The effects of lead normally accumulate over time through a series of low level doses. Children under the age of 6 and fetuses exposed through lead in their mother’s blood are most susceptible. Lead poisoning has been linked to anemia, central nervous system, kidney and immune system damage and learning disabilities. The degree of damage is dependent on the amount of lead taken into the body over time (UofM Department of Environmental Safety).

Organotins, Cadmium  and Organochlorines are also found in PVC products.

Many people are under the false assumption that EVA or PEVA liners are safe. While they are better than PVC, as they are made from chloride-free vinyl, they are still made from petroleum and contain chemicals, like plasticisers, that are used to make it pliable.

If you are looking for something on the more affordable side, especially if you are looking to make a quick change, a nylon shower curtain is the way to go. This is the one I haveThis is the one I have. I was a little wary upon purchase, as I got it to double as a liner and as a curtain and I wasn’t sure if it would leak, being made of a light fabric, but we’ve had it for five months now and there has been no leakage and no mold, to boot. It’s really more liner material, as it’s nothing decorative, but right now I don’t have time to make the bathroom pretty, so it serves us just fine as both.

have been around for a while. These are nice and thick, making for a great curtain, but have a tight enough weave that no liner is needed. Organic hemp fabric is naturally resistant to mildew, fungi and bacteria, so these will last a long time and is worth the investment. Hemp curtains/liners are more expensive than the nylon ones and less expensive than the organic cotton. I find they last a lot longer and are more sturdy that the nylon and are just as good as the cotton shower curtains. 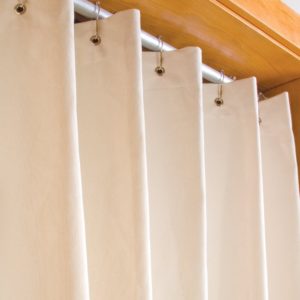 is used more for curtains. You can double it as a liner, but it will take longer to dry. Pottery barn usually carries some organic cotton ones as well. If you are going for something pretty to match decor, an organic cotton curtain is the best non-toxic option, as the hemp, though nice, isn’t anything frilly.

Showers aren’t the only dangerous place for PVC. Dishwashers are too. Here’s what to know when shopping for a dishwasher. Learn how to choose a safer hose too! 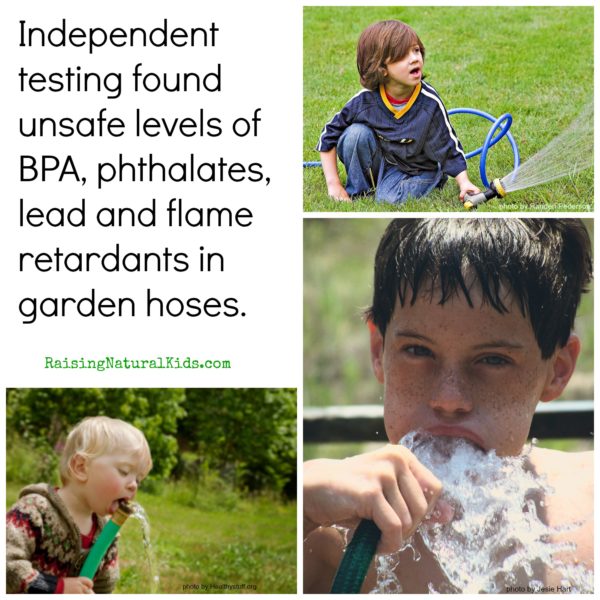