I recently moved into a new house and was greeted by a mess of an oven – caked on grease everywhere! Not one into using anything with chemicals to clean, especially with my three little precious ones around, I needed an alternative. 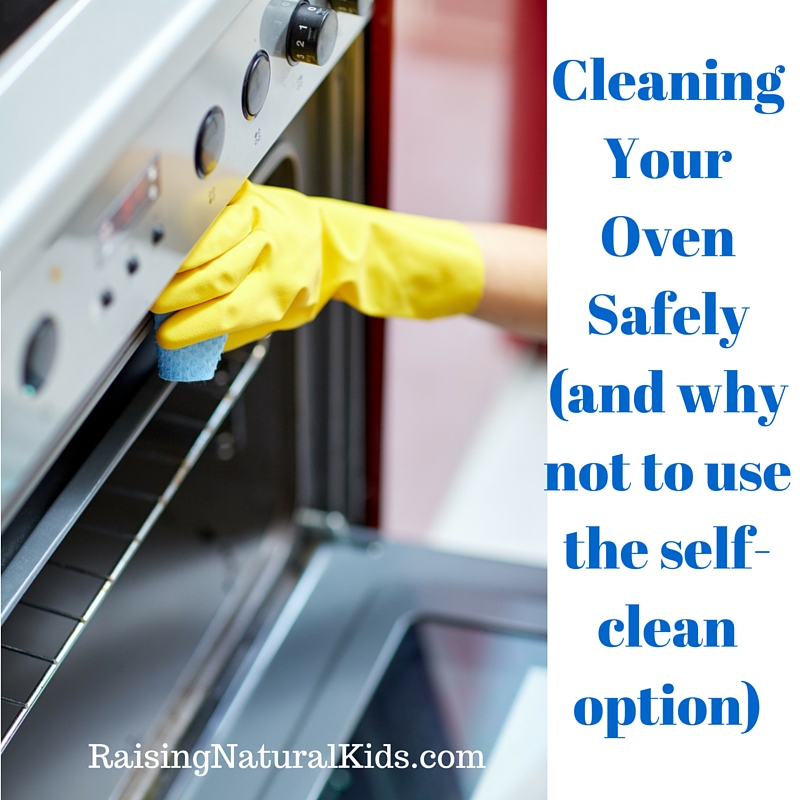 The easiest thing to do would have been to press the self-clean button, but that is not a viable option since it can actually be more toxic than standard chemical based oven cleaners on the market. Self-cleaning ovens are lined with Teflon, and when the temperature of the oven is running at around 900 degrees, toxic gasses are emitted into the air. How toxic? Toxic enough to kill birds, just like cooking in a Teflon coated pan (AvianWeb). The danger doesn’t stop with birds though; the coating is also toxic to humans – the smaller the body, the more the person can be affected. According to Environmental Health of California, “A scientific advisory panel to the US Environmental Protection Agency recently unanimously recommended that PFOA (a key component of Teflon) should be considered a likely human carcinogen. This classification means that there is evidence of cancer causing effects from both human and animal studies.”

“Teflon’s breakdown chemical, PFOA, is a serious concern for a number of reasons. In addition to evidence that it is a likely cause of cancer, it falls into the category of chemicals which are persistent and accumulative. This means that rather than breaking down into harmless substances over time, they remain as they and accumulate in the environment”(Teflon Labeled Cancer Risk). 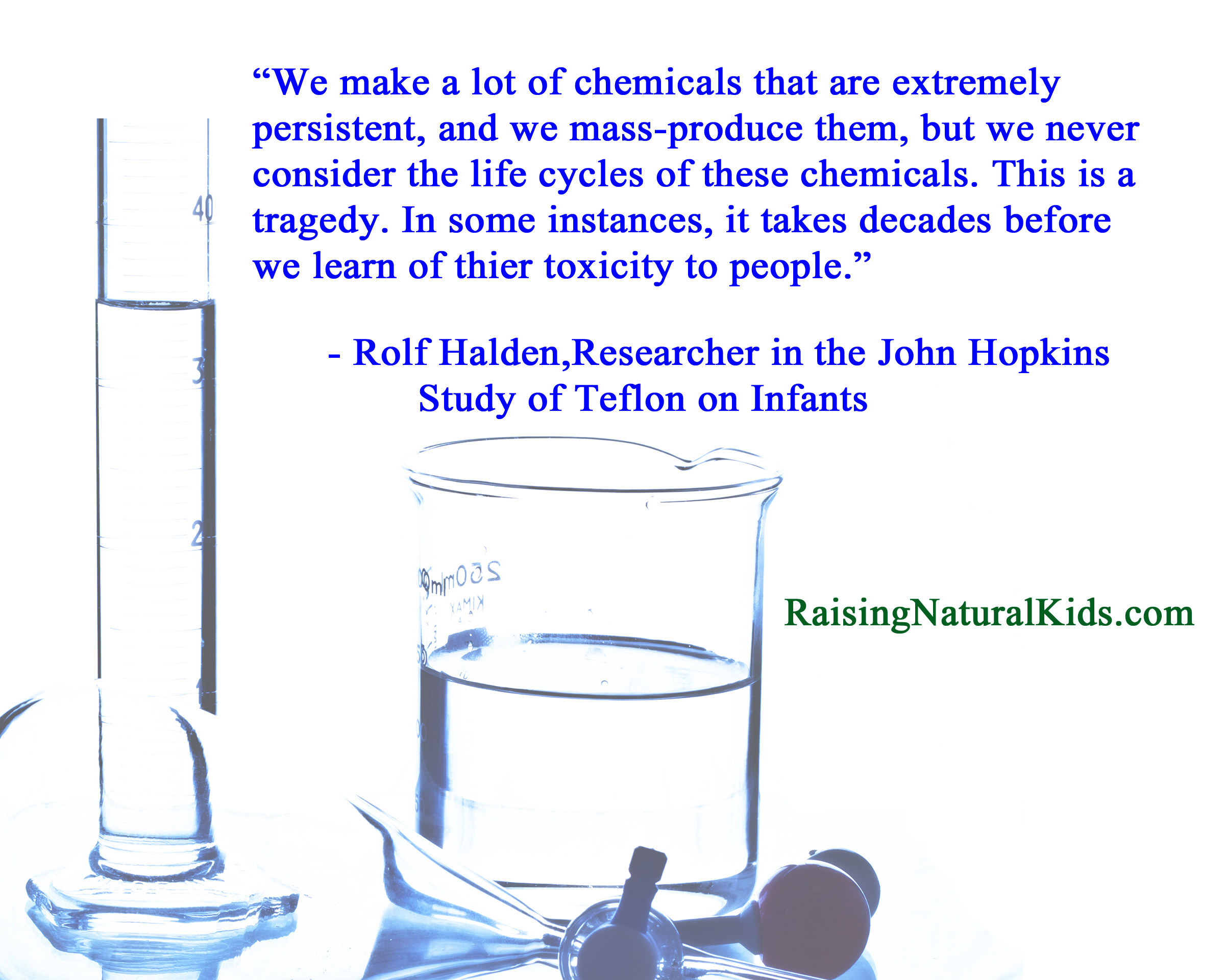 Our bodies cannot readily breakdown the chemicals used in making Teflon, nor can it fully eliminate Formaldehyde and Acrolein in a timely manner. The result is a host of symptoms, including asthma, headaches, dry and itchy eyes, birth defects and lung irritation. In addition, some of these chemicals are know carcinogens.

What to Use Instead

I resort back to my most basic and effective cleaners: baking soda and vinegar. These two items, along with a little elbow grease, is all you need to clean even the grimiest of ovens – I should know!

1. Coat the bottom of your oven with baking soda.

2. Pour or spray white, distilled vinegar on top of the baking soda – don’t flood it, use just enough to moisten the baking soda and get it bubbling. You can dilute the vinegar with water if you wish.

3. Close the door and let that sit for about 4 hours. 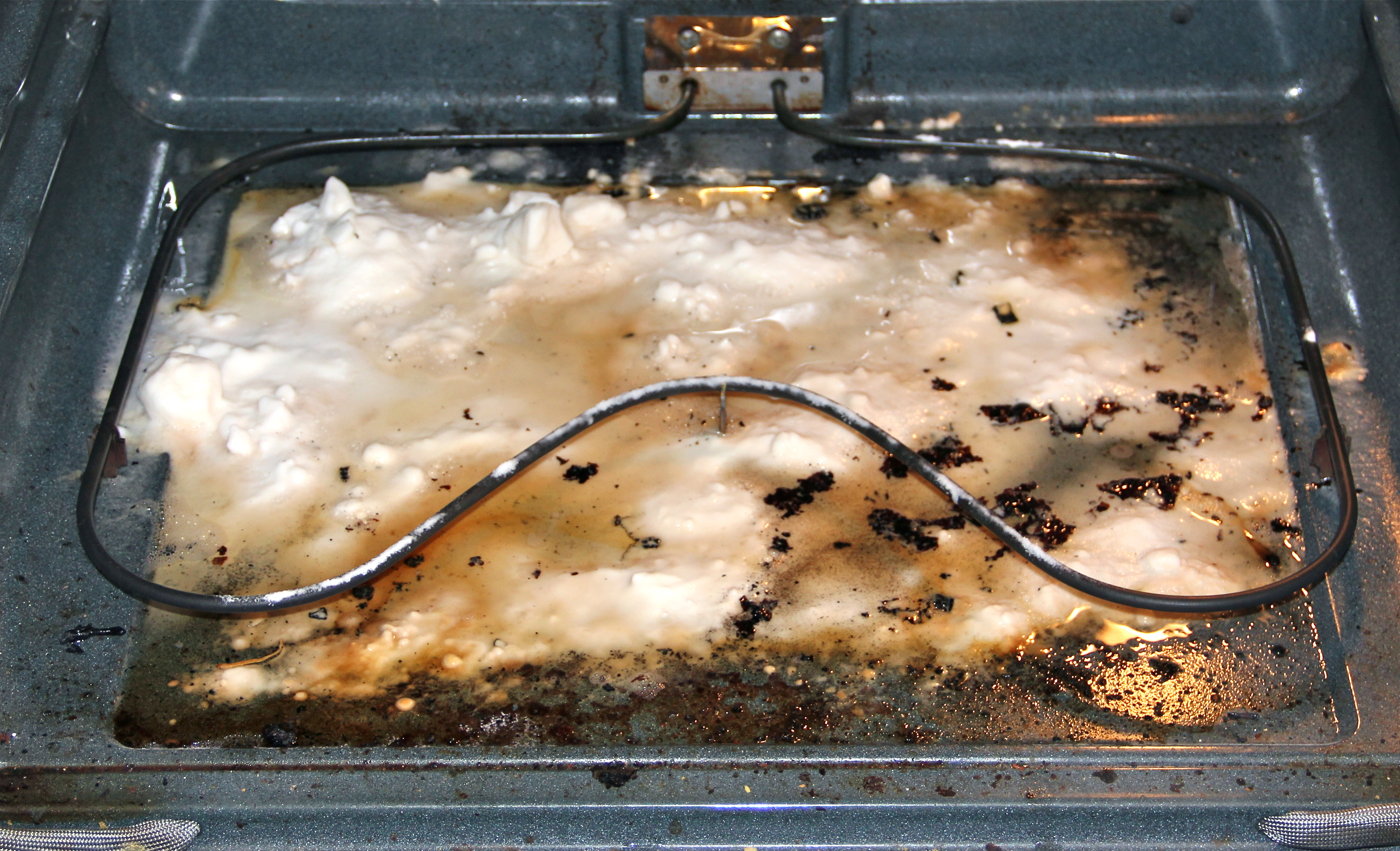 My oven, after letting the baking soda/vinegar solution sit for a coulpe of hours.

4. Open the oven and use rags to scrape off the baking soda. When most of the baking soda/vinegar solution is off, use a sponge and scrub the remainder of the grease off. 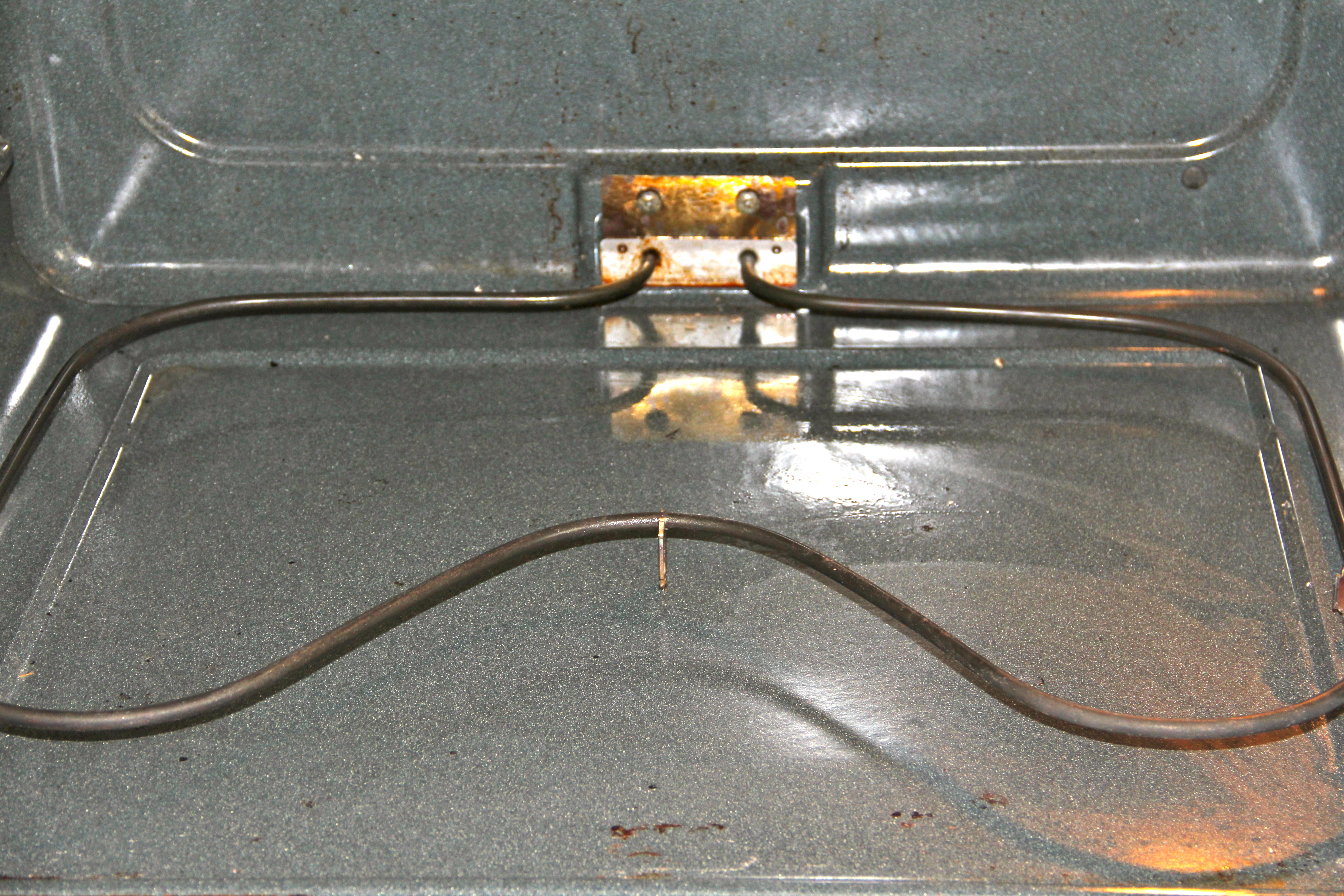 This was taken after cleaning up the baking soda/vinegar solution, but before really scrubbing anything!

5. As far as the rest of the oven, scrub any grease spots withe the baking soda and vinegar. You can always use a razor to scrape any hard to remove spots from the glass part of the door, but I have never needed to do this.

6. . Marvel at your clean oven and make something healthy and delicious to celebrate!

« A Natural Community for You!
How to Get Rid of Lice for Good: A Simple and Natural 5 Step Plan »