I have nursed just about everywhere in the thus far total of 28 months that I have nursed my two children. I nurse in restaurants, in cars, in friends’ homes, at amusements parks, on park benches, on the beach, on ferries, in stores and in numerous other places that I cannot recall right now. I am the person who just whips out a breast and starts feeding, albeit I do try to be a bit inconspicuous at times. I never thought I’d be as uninhibited as this, but when I had my first born I found that so many people wanted to help me nurse, that my breasts were more exposed than ever before and I didn’t care. I didn’t mind because it was all about feeding my son the best food he could have so that he would thrive, and since then I don’t really care about who thinks what about my nursing in public. 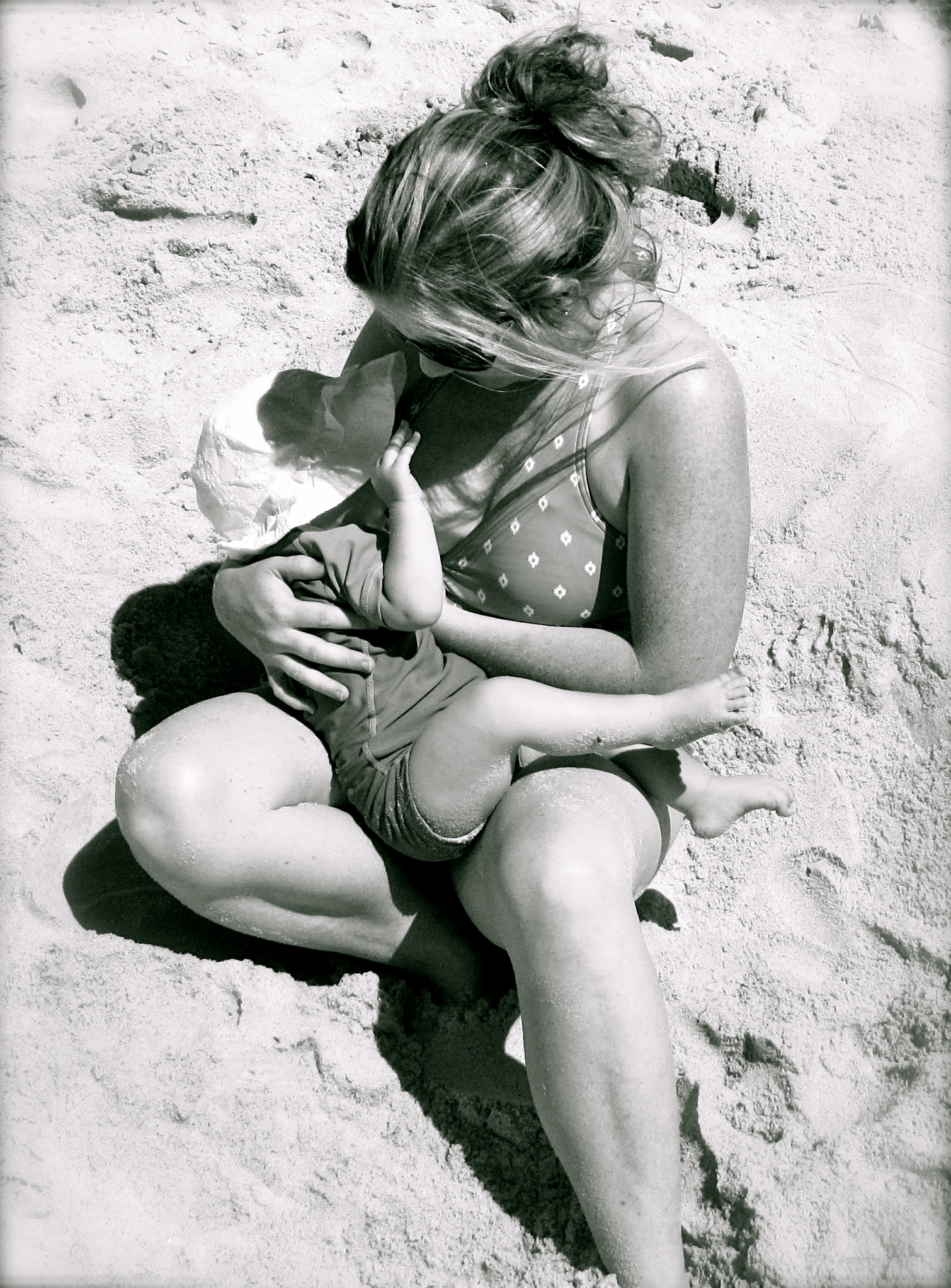 Nursing on the Beach

But, I know people who do mind. People who, at times, are what I call closet nursers. They feel self conscious and assume that people are looking at them and thinking “why here, do that in private,” or “that’s gross.” Perhaps with more support from society, they wouldn’t feel that nursing is something to hide. I actually have a friend who didn’t nurse because she admitted to me that she finds nursing repulsive, and I have heard a person say that nursing is something that should only be done in private.

Yet, the main reason why women have breasts is so that they can provide milk for their children. And I wonder, when did what was once the ONLY way to feed a human child (I am going back to the beginning of the existence of humans here) become a faux pas? It could have a little to do with when men were taught that women’s breasts were sexual objects solely for their pleasure, though I realize it really has a lot more to do with the emergence of formula being introduced. It boggles my mind that formula was once deemed to be better than human milk (can you believe it was actually marketed as being so!?).

I am not trying to belittle the idea of formula, as I know that without it there would be babies that couldn’t survive as there are women who legitimately cannot produce enough milk to feed their children for varying reasons. BUT, I do question the companies who make some women believe that formula is almost as good for a child as breast milk and that it’s okay to not try so hard to make nursing work because you can easily pour a product into a bottle and hand the baby off to someone else to feed. Let’s really look at this: chemically processed (I don’t care how you slice it, a canned formula is just that), versus naturally occurring milk containing all the nutrients a baby needs for his/her first year and beyond. Formula doesn’t protect babies from disease and illness as breast milk does. Drinking from a bottle doesn’t increase a child’s lung capacity like nursing for at least four months does. And, as I believe, formula feeding a child through a bottle doesn’t create the same bond between mother and child as does nursing. I am not saying that a mother who doesn’t nurse doesn’t have a great bond with her child, but, let’s face it, a formula fed child is typically not snuggled closely to their mother for the amount of hours a nursing baby is, though there are always exceptions to the rule.

My point? A woman nursing her child is only doing what she knows to be as the best form of food for her child and that should be, at the very least accepted, if not honored. A woman should feel comfortable and confident to nurse her child anywhere and anytime she pleases, just as a mother giving her baby a bottle does.

« Choosing the Safest Car Seat – There's More to it Than You Think!
Whooping Cough Outbreak – Vaccinated or Not, We're all in the Same Boat, Or Are We? »