…And What Made One Husband Change His Mind About Vaccines

Many of us have been there. One parent/partner starts to question vaccines, or perhaps knows with every fiber of his/her being that vaccinating his/her children is not an option, and their partner isn’t on the same page. Sometimes it’s an endless uphill battle even after a decision is made. Sometimes the other parent comes around. Sometimes they just have to agree to disagree. This is a story of an acquaintance of mine, Kerri, who shares it to show just what finally made her husband actually thank her for not vaccinating their daughter.

***I am making this edit 20 hours after first posting this originally. I literally just got back from seeing Vaxxed (premiering around the US). There is NO way that a person can see this film and continue vaccinating. There is NO way that a doctor can see this film without questioning everything that he/she knows about vaccines. The pharmaceutical companies know this. That’s why it was pulled from the Tribeca Film Festival. They don’t want people to see this. Support it today by getting yourself and everyone that you know to NYC to see it there so that it will be picked up by other theaters and seen around the country. I actually got to meet, shake hands and talk to Andrew Wakefield and Del Bigtree. What amazing human beings who have dedicated themselves to helping others, especially the children of our world. The TRUTH will prevail. ~ Dawn 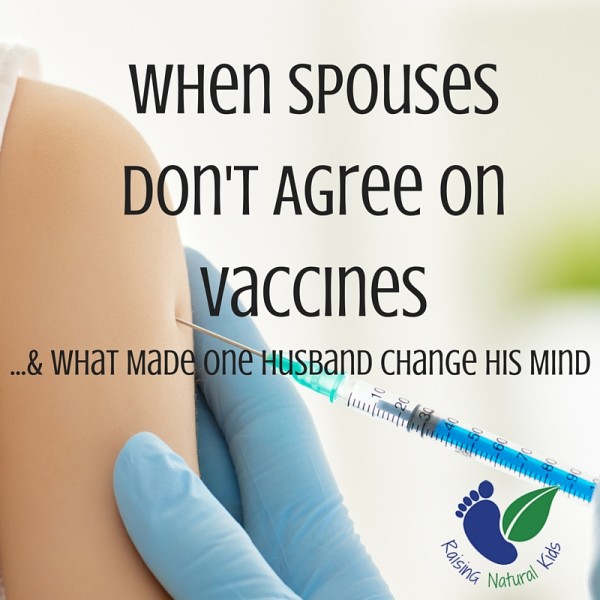 I want to share something personal with you guys. Some of you know that I have a more mainstream husband. My journey with vaccines and anything crunchy has been a struggle as I navigate the path seemingly alone.

We (those of us who are passionate about protecting our children and making the right decision) read things; we then dig deeper, we research, and then we have to bring this information to our significant other to explain it and to get them involved. We do this not only to get him/her to start to think about the issue, but also to come to a compromising solution as to how the kids will be raised in regards to vaccines. Really, what we are trying to do is to get our partner to see eye to eye with us because we would never be able to stomach the idea of injecting our children with a vaccine.

Many of you know the struggle I’m talking about here. Often times it’s a back and forth where you seem to make headway and then it’s two steps back. My husband’s family is very large and influential and extremely mainstream, the total opposite of mine and he’s shared our questions and decisions with them. So many times it’s me on one side and him sort of teetering back and forth in the middle of my ideas and those of his family, consisting of about 20 people. To say the sides are uneven is an understatement. The biggest concern that my husband’s family had was actually with what the school would say as far as our children attending not having had any vaccines. I proved this not to be a concern this year when I had my exemption approved.

As far as my husband goes, after many talks, arguments, and back and forth teetering, he came on board with my wishes. However, as much as he was ‘on board’ with not vaccinating, he didn’t buy into it. He didn’t share my passion, my drive, and my need for information. He made it my thing, which was better than him not listening to me at all, but not as good as him opening his heart and mind to the information that I was finding. Even after the decision to not vaccinate was made, it still caused rifts with us and at times I have gotten emotional and have said some nasty things. I may have even called him a mainstream to his face, out of sheer frustration over his inability to see it, his inability to connect the dots, to have an actual intelligent conversation about the issue, his lack of caring, etc.

So, when I learned that Vaxxed was being shown in NYC, it was imperative for me to have him come to see it with me. I went crazy figuring out a sitter so that he could come. It was so important to me that he see and hear all of the information that I knew the film would address.

So, we went. The feeling of the room was incredible. There was sobbing in the audience as the film played. The emotions of the people surrounding us were too much to ignore. He heard it as well. A person can’t help but be moved by that alone.

As my husband sat there, I saw how he took all of the information in. To say it cracked him is an understatement. He finally understands how it all works. He understands just how BIG big pharma is, he learned that there really is a ‘pharma maffia,’ that we are talking about trillions of dollars being made at the expense of the health and well-being of others (mainly children) and he sees that there is corruption from the highest levels. He finally understands how it is that doctors are recommending products that are harming kids. This is huge for him – to break the mold of the dogmatic thinking. He saw and heard about how doctors can be innocent, blindly playing a role in vaccine corruption.

The very first thing that my husband said to me as soon as the film ended was, “thank you for not vaccinating Kassidy.” He then gave me a kiss. I knew right then and there that something clicked in him. He changed. We have been able to have real conversations since seeing this movie last night. He’s able to see why I am so passionate about not vaccinating. He now has new opinions on the subject with intelligent comments to discuss. And while that in itself is enough for me, he has taken it a step further. He went to his mother’s house today and one of his sisters was there. This sister happens to be a pharmaceutical sales representative and he was able to have a real conversation with her and his parents about it, armed with factual information of why vaccines are so dangerous. He was able to inform them! Now his sister wants to see the movie. His family was more open minded than they have been in the past. He said he would buy them the DVD when it comes out and watch it with them.

I can’t say enough good things about the movie and this outcome alone. I know that I am sharing these words with people who already know this information and who already want to see the film, Vaxxed. I urge those of you with significant others who are on the fence, who are combative on the topic, or who simply don’t know anything about the dangers of vaccines to BRING THEM to see it. Make it a date night. Get there by any means possible. The breakthrough will be immeasurable. I promise.

***In the recent days it’s been shown, the media has been trying to get people to NOT see it, it’s that powerful! 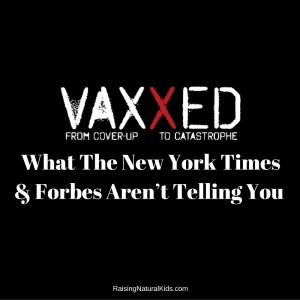 Ready for Vaxxed? The world needs to watch this film!

Vaxxed: From Cover-Up to Catastrophe Official Trailer from Cinema Libre Studio on Vimeo. This film is premiering in NYC right NOW (through April 14). Please go and see it as it NEEDS to do amazingly well here to be shown throughout the country!

Note from Dawn: I have been here too. My story isn’t exactly the same, but I can certainly relate. My husband respects my decision and has made it our decision. We have family members (a doctor even) who have thanked us for not vaccinating. We have one who strongly disagrees. No matter what anyone thinks, the decision is ours alone and, quite frankly, one that really doesn’t need to be shared beyond spouses. My husband and I happen to be from families who completely or mostly understands, which is why we talked about it a few times. We also wanted to educate. If you find yourself in a similar boat with a spouse, try to see Vaxxed with them. In addition, here are some resources to help.

First and Foremost: The Greater Good (another great documentary about vaccines)

And some great books:

Vaccine Safety Manual for Concerned Families and Health Care Practitioners: Guide to Immunization Risks and Protection, Miller’s Review of Critical Vaccine Studies: 400 Important Scientific Papers Summarized for Parents AND What Your Doctor May NOT Tell You About Children’s Vaccinations 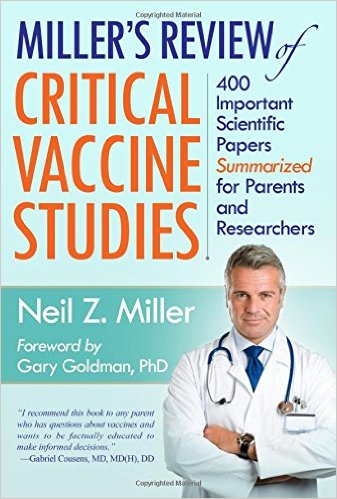 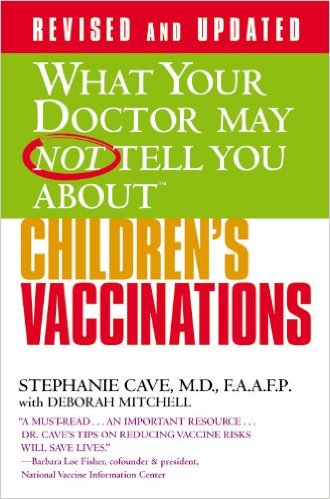 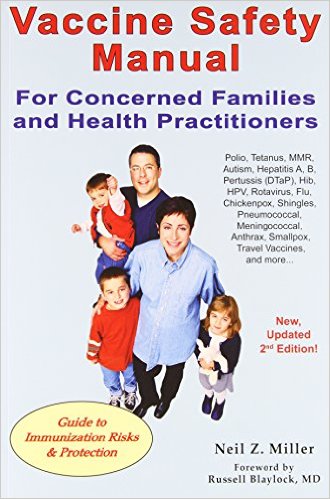 © Raising Natural Kids 2011. All rights reserved. Text and images are not to be reproduced or replicated without my written consent. Contact me at [email protected]

**I serve as an affiliate for Amazon, and link any products I use in my own home and with my family to Amazon when applicable. Any monies earned help me to run and maintain this blog.