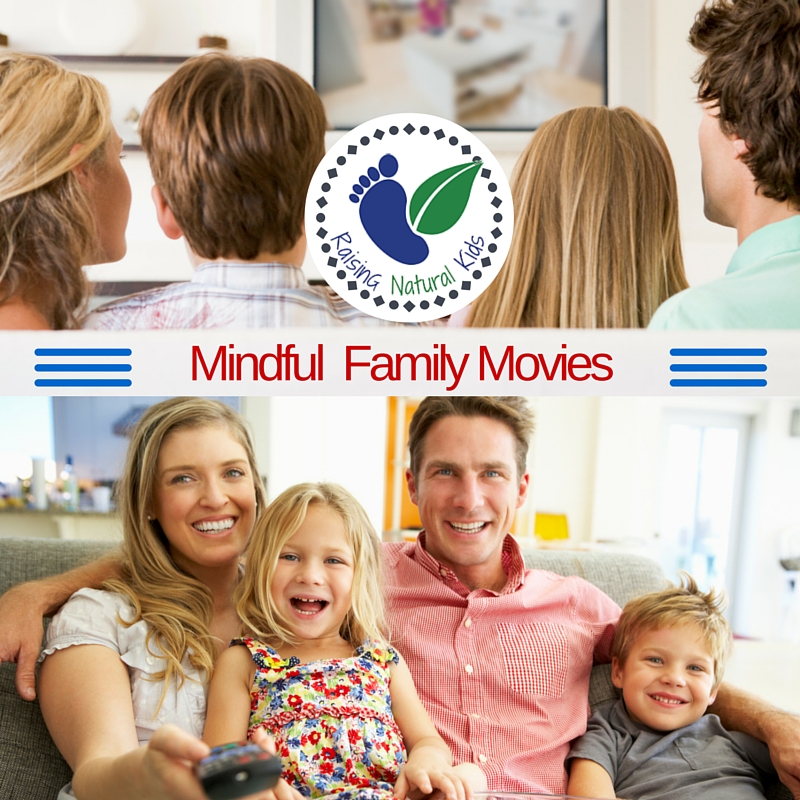 When it comes to watching a movie with the family, we try hard to make sure that it fits the following criteria:

The Snowman and The Snowdog – Every time I think of this film the first words that come to mind is simply beautiful. This is a beautifully (there’s that word again) animated short film that was created from over 200,000 hand drawn images and it is set to a sweat soundtrack. The film is a celebration of the book written by Raymond Briggs. It’s about imagination, the love of a boy for his dog, and friendship. While only 24 minutes in length, it’s one that kids will want to watch a second time in the same sitting. I found this movie while browsing in Target. When I purchased it, I had NO idea that it was a silent film. I realized a minute into it and waited to see which child would notice first. They were all enthralled and no one said a word. When it was over they told me their favorite parts. I then asked if anything was different about this movie than others we have watched. They said no. Pretty cool. This was also the first movie that ever made Liam, my oldest son, cry, and we’ve watched a couple with sad parts. It was touching to see him so moved. To this day the kids have watched this film many times and have never said anything about there being no dialogue.

The Secrets of Jonathan Sperry – This is a film that’s great for families raising their children in a Christian home as the group of boys who come to love Mr. Sperry are all drawn to him through a connection to the Bible. This film tackles bullying, faith, and the importance of showing kindness to fellow humans. It’s a wholesome movie that is geared more towards kids ages eight through fourteen, but all of my kids were entertained. I would save this until your oldest is at least seven. It’s apparent that it’s a lower budget film, but that’s what seems to make it even more endearing. The mentor of the children, a seventy five year old man, does die in the film, but his death is not shown and really takes a parent explaining that he died for a younger child to realize it.

The Lorax – As a former English teacher I love this film for all of it’s metaphors, allegories, imagery and symbolism. It’s one that kids will learn from on a meaningful, yet basic level, while it offers so much more for parents to point out the second and third time around. As a parent raising natural kids, really pay attention to the details – from the names on the characters, to the names used on products, such as the box of cereal eaten by one of the main characters, to the meaning behind the seed, there are great messages about the chemicals, toxins and other junk that are being used in our foods, water and air in the name of money. At the most basic level it teaches kids about pollution and the importance of keeping our environment clean, but the layers of this film take on much bigger issues facing society.

Mr. Magorium’s Wonder Emporium – This film is about following the joys in life and living life to the fullest. It takes place in a magical toy shop and relies heavily on the use of magic, so if you are a family not into magic, then this is one to avoid. My children really like this film and I like that reinforces the message that they should believe in themselves. I thought it was a tad bit slow, but because they liked it so much I am including it. It’s certainly very different than many of the films out today. In terms of learning from its themes, children should be at least five or six, but my three year old likes watching it just fine. To note, the owner of the toy shop dies at the end (it’s handled gently and peacefully).

Inside Out – Having a child who has trouble deciphering his emotions and who doesn’t yet have a full grasp on how to handle them, I was thrilled to see this movie produced. As popular and marketed as it was, it showed my son that he’s not the only one who sometimes feels super mad, sad or lonely and that his feelings are a normal part of growing up. I really feel like it helped him to relax a bit with himself, being able to see that other people can relate to him, in so far as the characters on the screen and the fact that if it’s being talked about then others feel the same way that he often does. Though this movie is for every child, it’s especially beneficial for those with sensory processing disorder, PANDAS, PANS or any disorders that cause children to lose control of their emotions or to feel sad much of the time.

(These are cute and very different films that are worth seeing, but don’t really seem to fit under the definition of mindful and their lessons aren’t as concrete as the ones above, though they are certainly there.)

Lost & Found – My three year old describes this as “a cool movie.” It’s another short one – 24 minutes, but seems much longer when you are watching it. My five and seven year olds also enjoy it, as do I. “Based on the best-selling book by Oliver Jeffers, this multi-award winning film, tells the unforgettable story of a little Boy who one day finds a Penguin on his doorstep. Although at first unsure what to do, the boy becomes determined to help the penguin find his way back home…even if that means rowing all the way to the South Pole!”

The Water Horse – My seven year old son really likes this one. Seven is probably the starting age for this film. “When a lonely young boy named Angus discovers a large, mysterious egg along the shores of Loch Ness, no one is prepared for what lies within. He soon discovers that the strange, mischievous hatchling inside is none other than The Water Horse, the loch’s most mysterious and fabled creature! But with the Water Horse growing ten times its size every day, Angus finds it increasingly difficult to keep his new friend a secret.”

Ramona and Beezus – All three kids like this, though it’s my 3 and 5 year old that ask to watch it over and over again. My daughter really relates to the character of Ramona with her vivid imagination, boundless energy, and accident-prone antics, all of which my daughter also embodies. “Ramona is a little girl with a very big imagination and a nose for mischief. Her playful antics keep everyone in her loving family on their toes, including her older sister Beezus, who’s just trying to survive her first year of high school. Through all the ups and downs of childhood, Ramona and Beezus learn that anything’s possible when you believe in yourself and rely on each other.”

**I serve as an affiliate for Amazon, and link any products I use in my own home and with my family to Amazon when applicable. Any monies earned help me to run and maintain this blog.