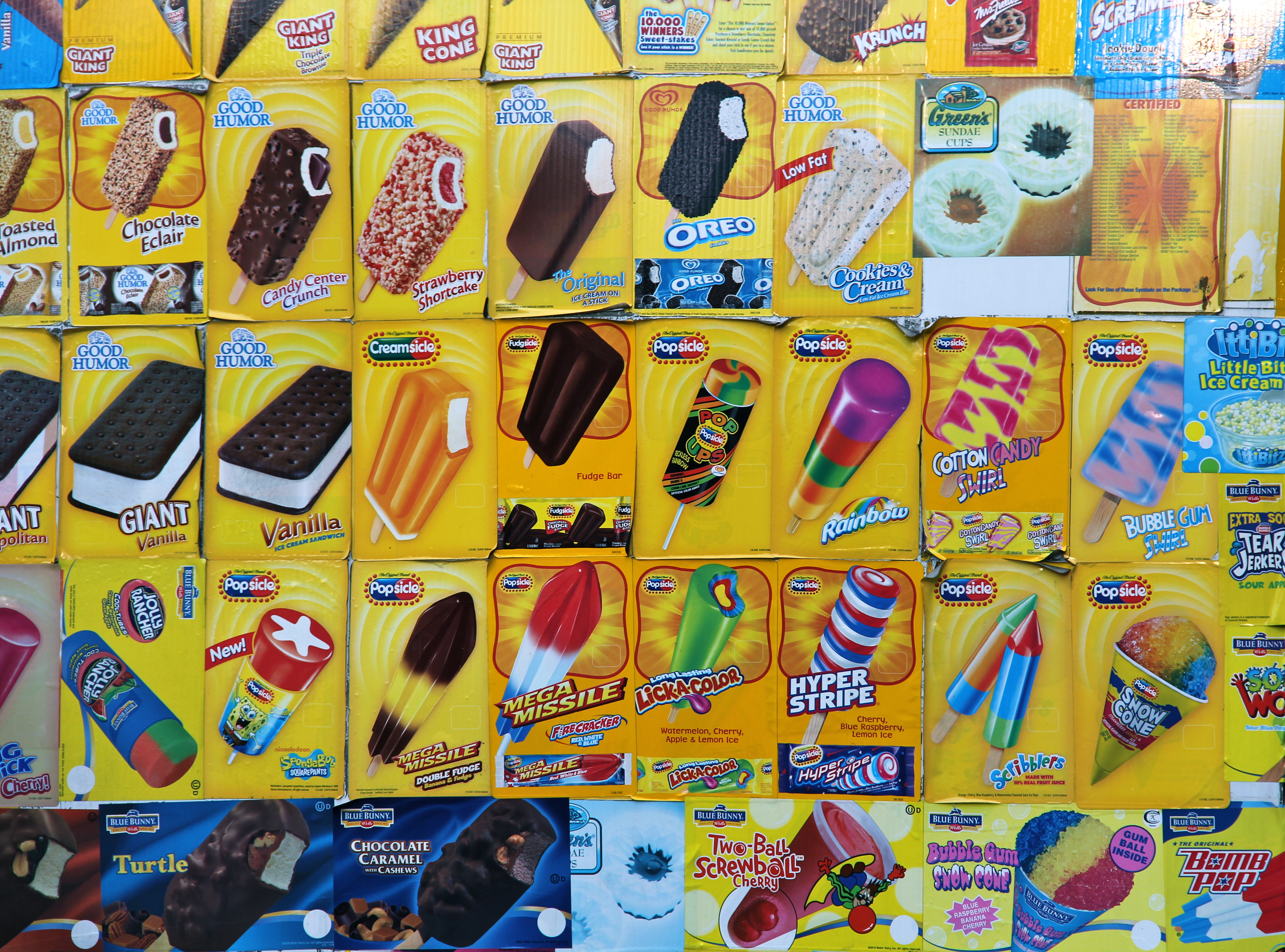 Seemingly Appealing? Not after reading the ingredients!

The Music Truck.  How long can I keep this one up?  I’ll have to confess to my oldest by next summer I guess.

I love ice cream and I certainly won’t deprive my children of this special treat here and there, but they will be getting the good old food dye free, non-antibiotic kind.  I like the Stonyfield Farm brand the best, followed by Ben and Jerry’s, since the first is organic and the latter promises no milk used by cows fed antibiotics.  I find Haagen-dazs to be very good as well, as far as using ingredients in a purer form than other brands. I digress…

It all started when I was pregnant with my daughter.  I was at work and craving ice cream so I caved and went down to the vending machine and got one of the pops covered in chocolate crunchies.  It was only after I devoured it that I decided to look at the ingredients and I had my regrets.  Listed on the label was ”TBHQ (antioxidant)” and I thought, if the makers have to say it’s an antioxidant, it certainly can’t be a natural one, so I looked it up.  Here’s what I found:

1.  It is a form of petroleum (butane), and is used as a stabilizer in oil fields among other things.

2. The FDA said that TBHQ must not exceed 0.02 percent of its oil and fat content. Death has occurred from the ingestion of as little as 5 grams (Winter).

3. Ingestion of a single gram (a thirtieth of an ounce) has caused nausea, vomiting, ringing in the ears, delirium, a sense of suffocation, and collapse (Winter).

Where TBHQ can be found:

As a food preservative – read your labels, especially the labels of ice cream pops and pre made cones, in dog food, McDonalds Chicken McNuggets!!! (and perhaps other brands as well), perfumes, some vegetable and soybean oils, and other foods containing oils and fats that need to be preserved.

So, along with the food dyes that cause cancer and ADHD among other things, TBHQ can also be found in at least some, if not many, of the items sold from the Ice Cream Truck.  I realize it may be easy to let a child have one of these items and blow it off as he only gets it once in a blue moon, but if you think about all of the other food sold with dyes and artificial preservatives, it isn’t really once in a while and these chemicals add up.  If people consciously choose to buy only the natural, organic items, then that’s what stores will have to provide more of, which will lead to more people eating healthier foods and, thus, less toxins in the environment that comes from the process of making the artificial flavorings, colors and preservatives used in these food items.

Oh, and unless it’s real fruit, granola or nuts, skip the toppings – there’s enough sugar in the ice cream already without adding more!

« Scary Facts versus Scare Tactics being used by Big Pharma and State Health Departments
Think Summer, Think Fresh Corn – And Think About This Before Buying It »