(And a Peek At what Big Pharma Gets)

The Role Insurance Companies Play and The Kickbacks Doctors Get

Vaccines are a well on their pay to being a Trillion Dollar Business (all parties involved via projected numbers for the next 10 years) and there are incentives at every corner for anyone playing a role in injecting them into the world’s population. Just take a look at what a doctor gets from Blue Cross Blue Shield. 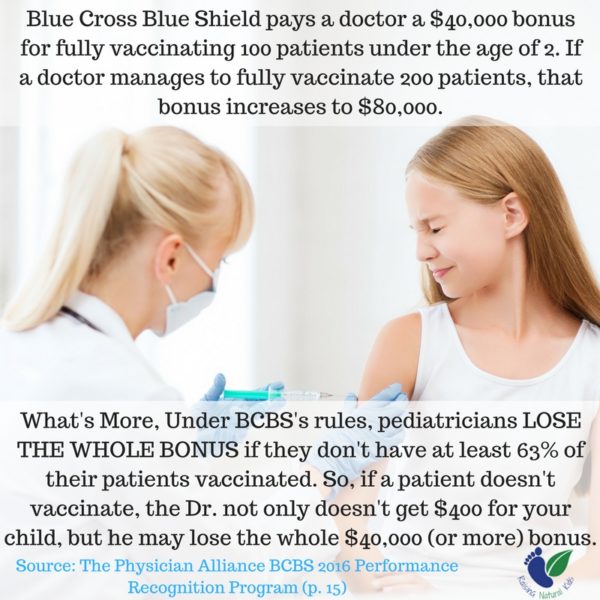 If a drug company gets just one vaccine added to a schedule, they can make upwards of thirty BILLION dollars in one year (Brandy Vaughan, Merck Sales Rep. 2001-2003 via Vaxxed).

Now look at the schedule for vaccines.

The even scarier part  – as of 2013, there were/are nearly 300 vaccines in development, as is proudly boasted in Pharma.com. Multiply 300 by thirty billion – that’s 9 TRILLION dollars in vaccines coming our way.

Just how much do vaccines cost the people giving them? Here’s a whole list from the CDC.

For Information and Resources on Vaccines see: 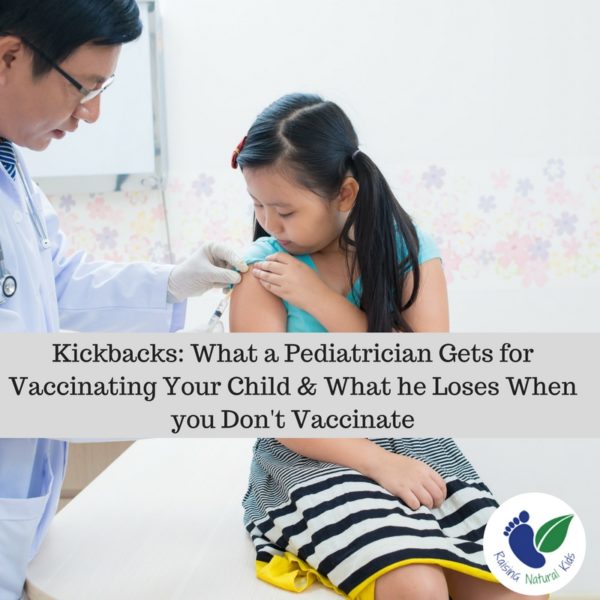 « How to Heal Eczema for Good
Is Your Child’s Breakfast Setting Her Up For Failure? »