Turning a Negative Situation into a Positive One

Today, when I was on the way out of the grocery store, my three year old started getting a bit stubborn, as he can be when he’s tired. As I put him into the car, he decided that he wasn’t going to get into his carseat. When his mind is set on something, there is no negotiating and there is no forcing him.

My agenda was to get in the car as quickly as possible in order to get some things on my to do list done before picking my other children up from school. I really wanted to make him get in his carseat, which, on his part, would mean crying, screaming and kicking while I strapped him in.

It was then, as I climbed into the back of the minivan, that I stopped to think. Both of us getting mad and upset would do no good and it certainly wouldn’t get us to our house any faster than finding another way. At that moment, Luke climbed into the front seat. That’s when I sat in his seat and said, “okay, drive me home!” Luke thought this funny and pretended to drive. Ten seconds later he opened the front door and said, “okay, we’re there, get out mom,” while he got out too. I then told him that it was my turn to drive and put him in his carseat without any problems.

While driving home, I reflected on the situation. I had gotten him into his carseat faster than I would have had I tried to force him to, he was happy, I was happy, and I had paid attention to his needs. It took less energy to turn what could have been a negative situation into a positive one. 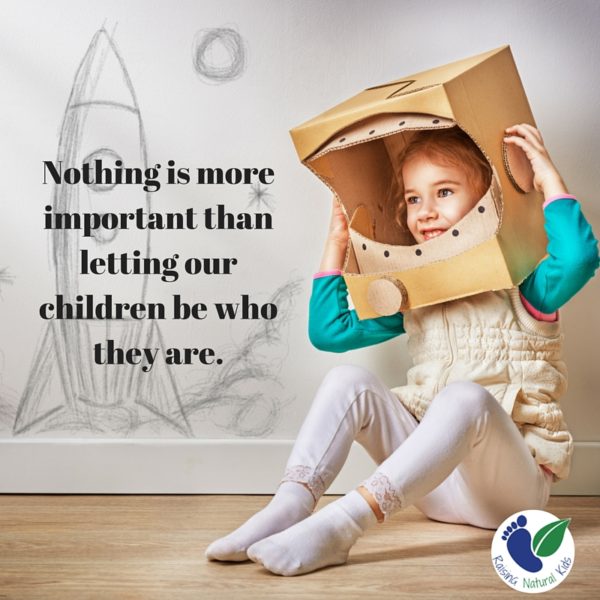 Stop and Just Be in the Present

It’s easy to get caught up in what you need to get done, rushing the kids to be at your pace instead of letting them be at their own. I have noticed over the years that when I stop myself to actually look at WHY they slowed down or stopped, instead of prodding them along, I learn that they are in the middle of an important learning experience.

My daughter taught me a similar lesson when she was just two. One day she got down on the ground as I was taking groceries out of the car. Instead of rushing her into the house so that I could get the food put away, I asked her what she was doing. Normally I would have tried prodding her inside, but something in me knew to just STOP. I am glad that I listened. She pointed to a worm and told me that she was watching it. My sweet girl was learning and I wasn’t going to get in the way of that – she and I stayed there with the worm until she was ready to move on. Sometimes we need a reminder to just STOP. NOTHING is more important than letting our children be who they are. We need to ask them why before simply saying NO.

A Tool to Help you Parent Mindfully

I have had and still have my fair share of struggles with parenting mindfully. One of my children is highly spirited. Sometimes it means my other kids suffer from his actions. This makes it difficult for me to stay calm when it is most important. Thus, as my youngest was battling a 24 hour bug recently, while he slept, I sat with him reading Positive Parenting: An Essential Guide, a recently published book that I had heard great things about.

The book is great for a new parent who wants to start off with the right tools for parenting in positivity and also good for a seasoned parent, like myself, who needs new tools in the arsenal. What I like is that it doesn’t just preach; it gives practical tools and tells you exactly how to use the approaches. It also has parents do self-work, helping them to overcome patterns, find solutions and recognizing their own triggers. “This is an empowering guide for any parent who longs to end the yelling, power struggles, and downward spiral of acting out, punishment, resentment, and shame–and instead foster an emotional connection that helps kids learn self-discipline, feel confident, and create lasting, loving bonds.” I find that I will take any tools that I can get to help myself and my family to be more present and more mindful with each other.

I am not nearly as mindful as I one day hope to be. I am a work in progress and I share these stories with you in hopes that my stories will inspire you to become more present and mindful with your children. 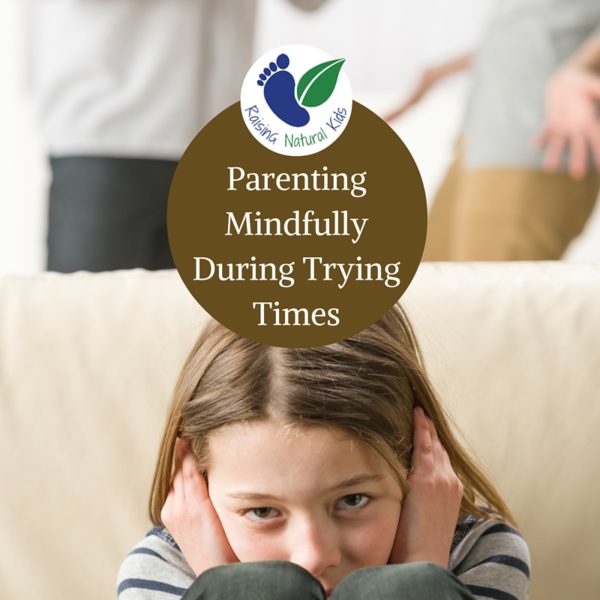 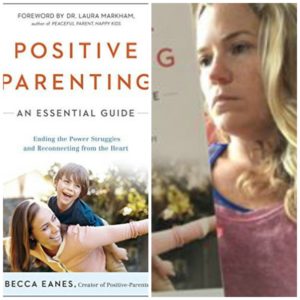